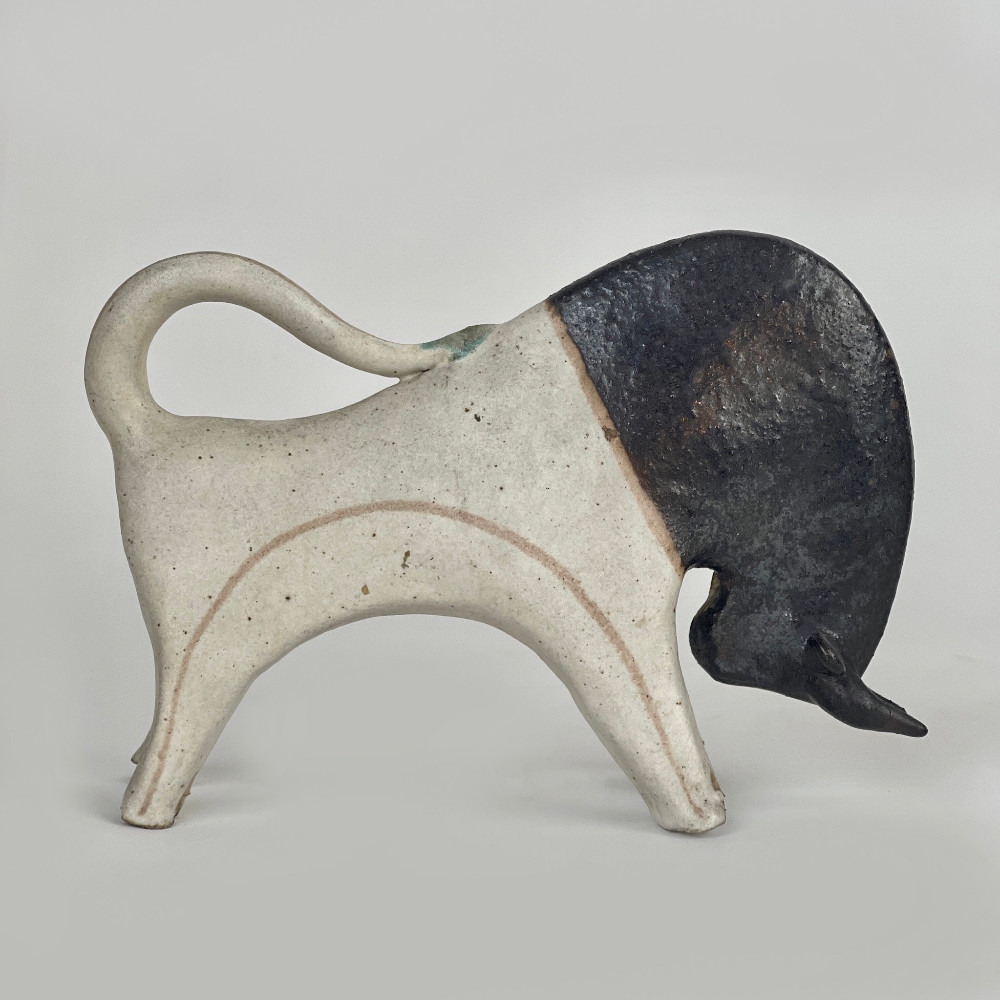 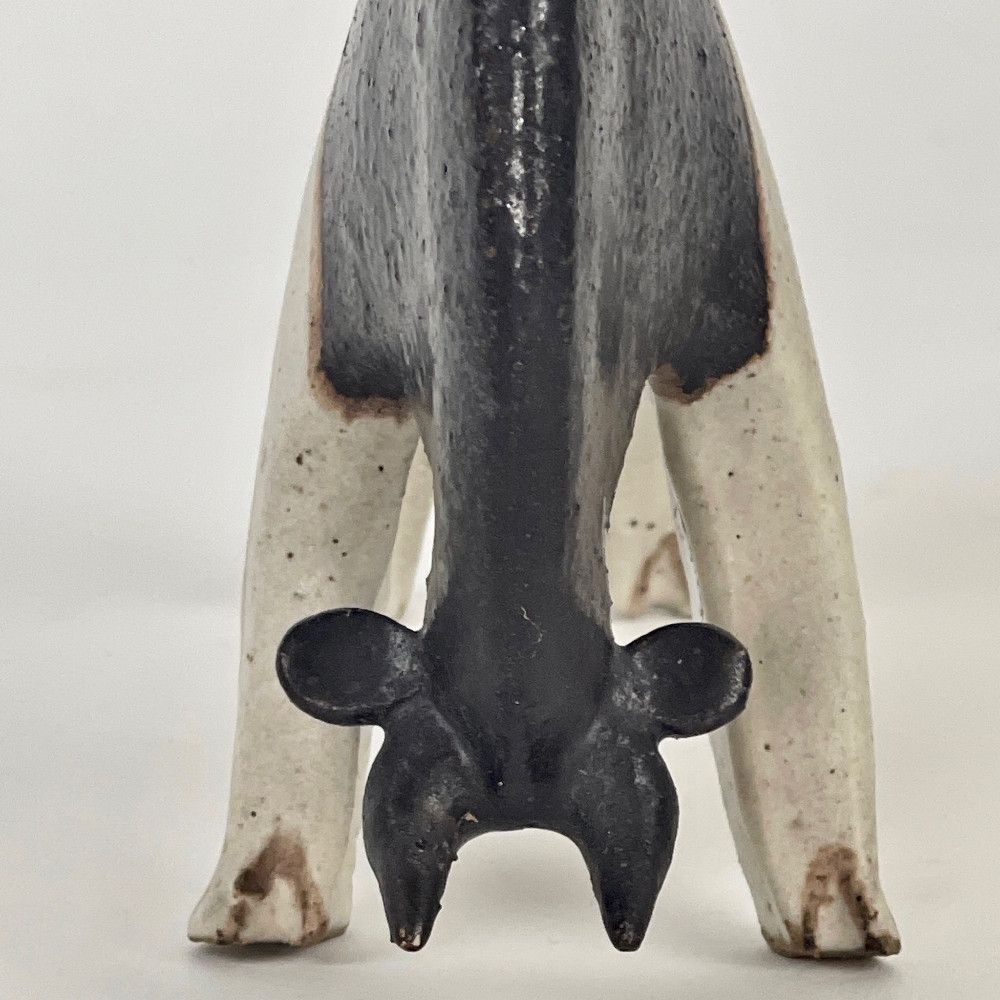 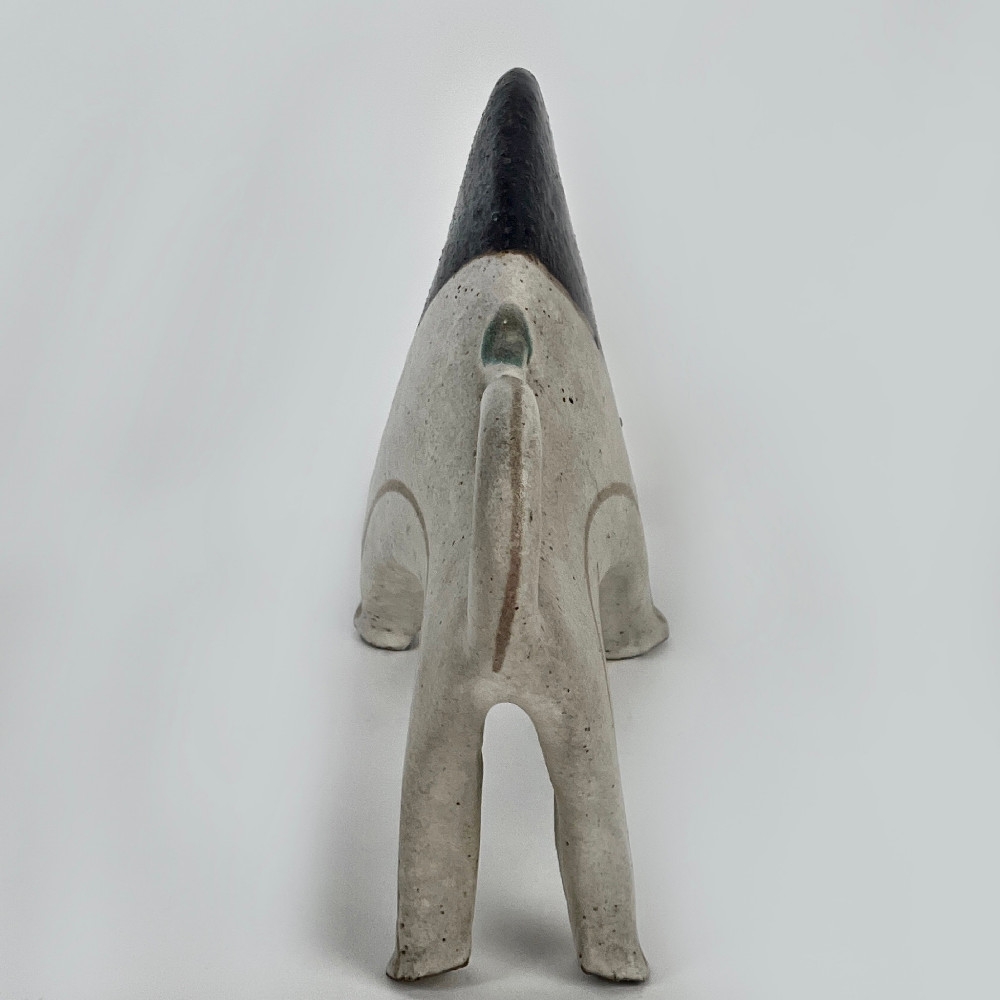 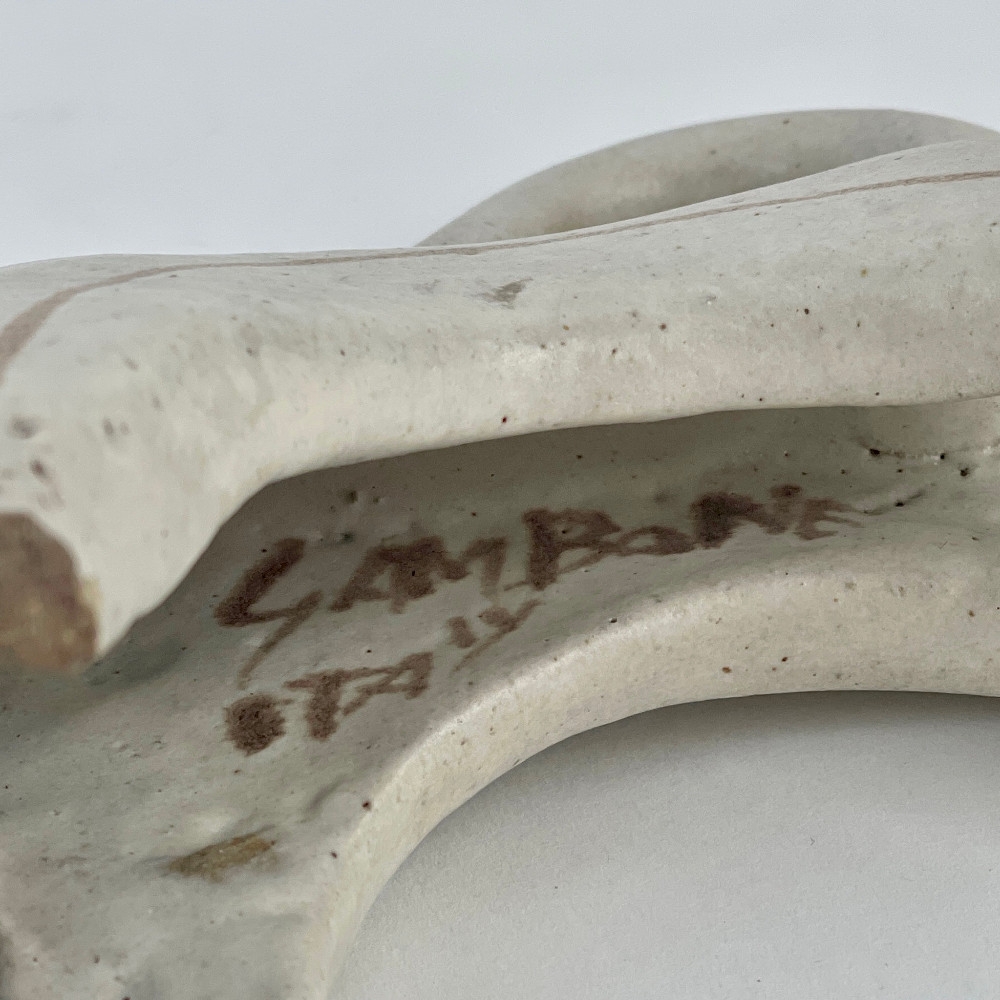 Off-white & black matt glaze with a touch of brown.
Artist-signed Gambone Italy at base.