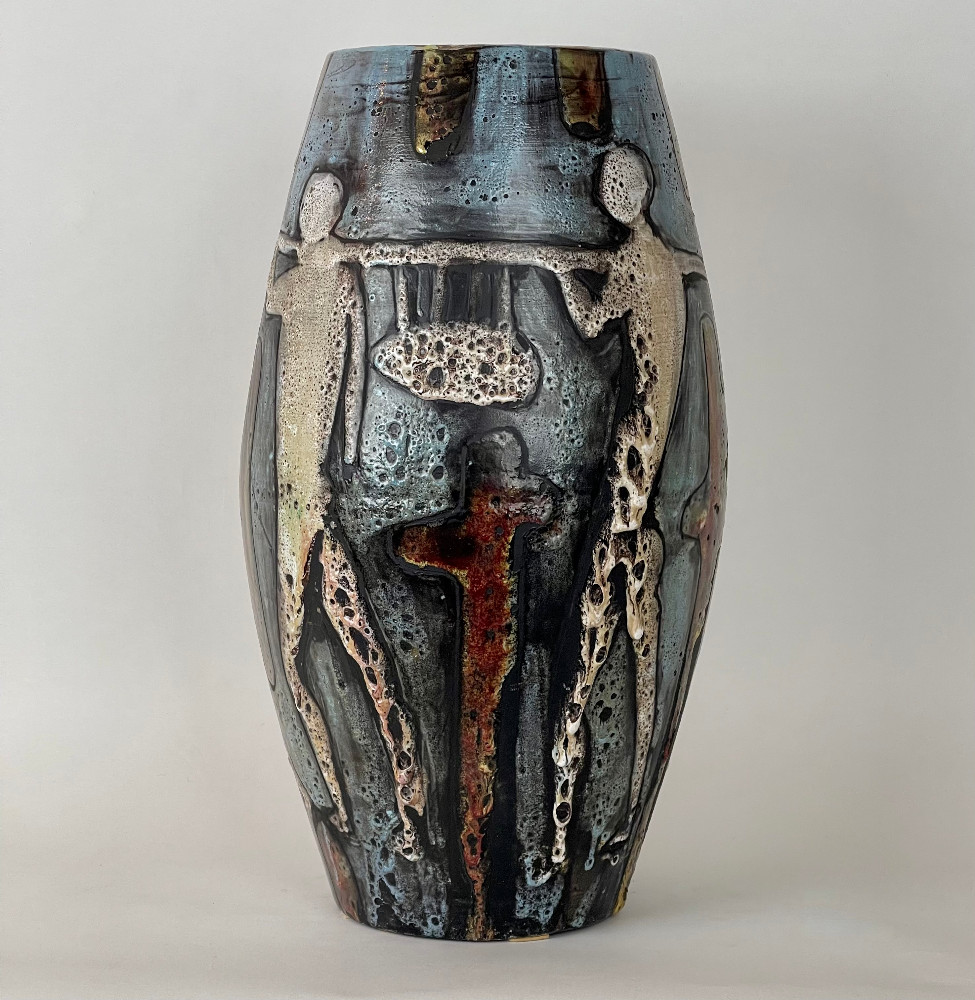 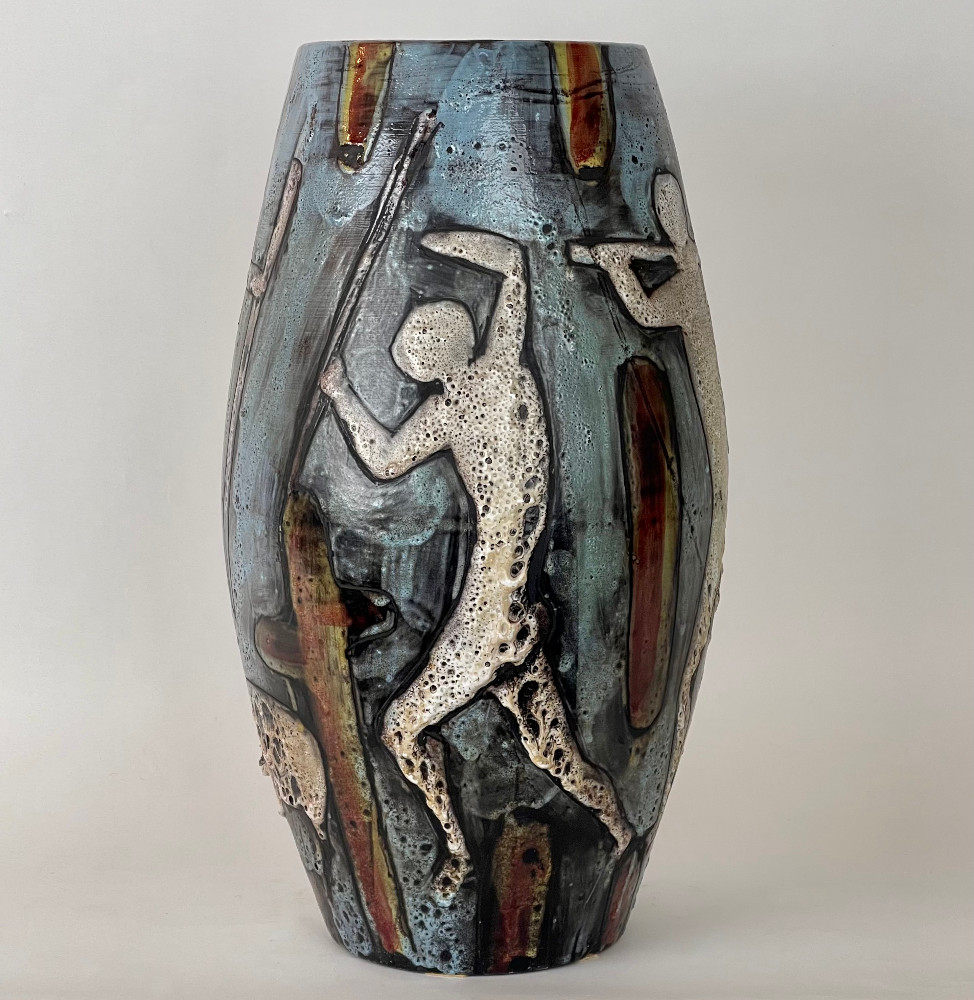 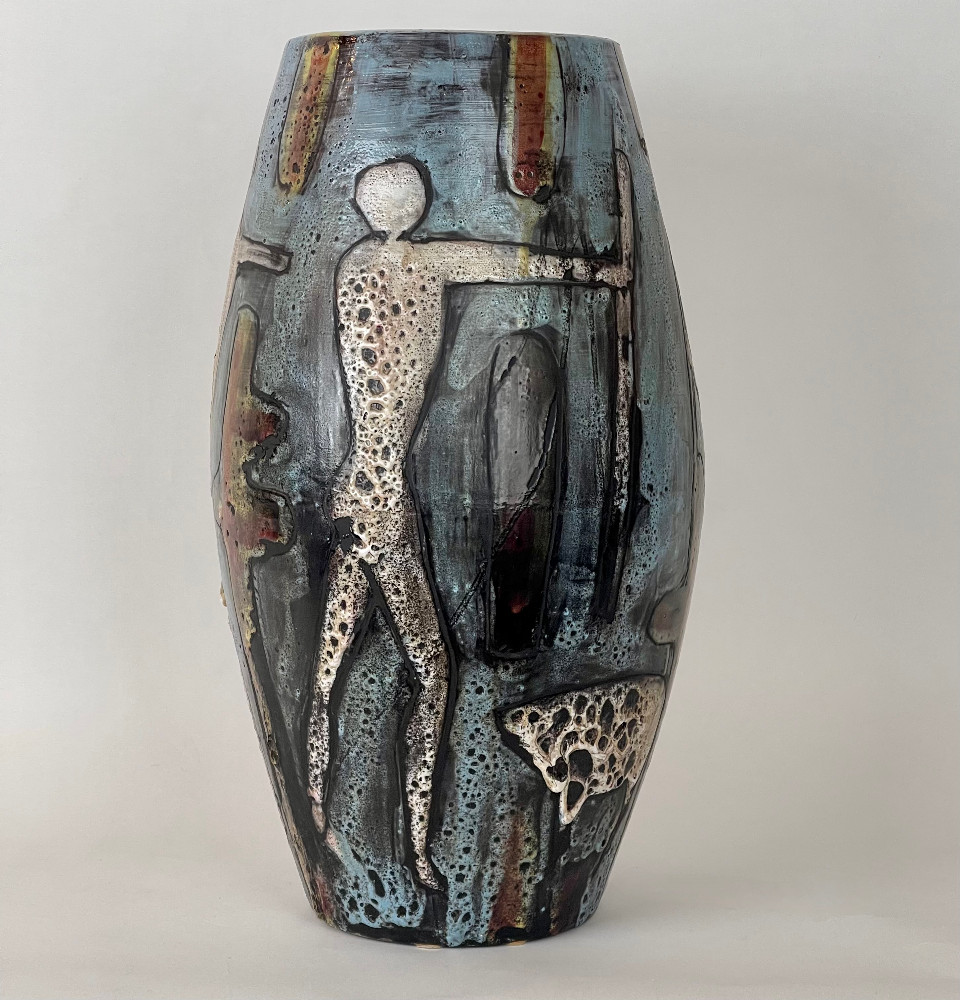 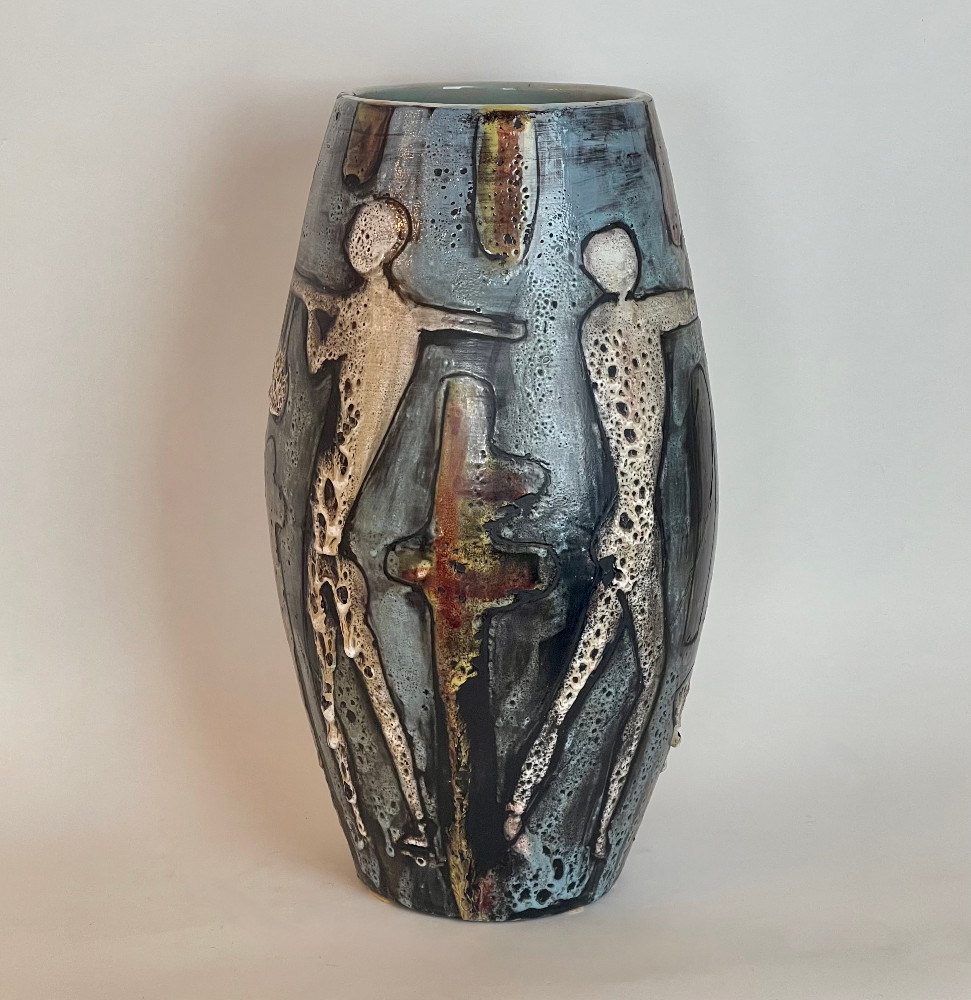 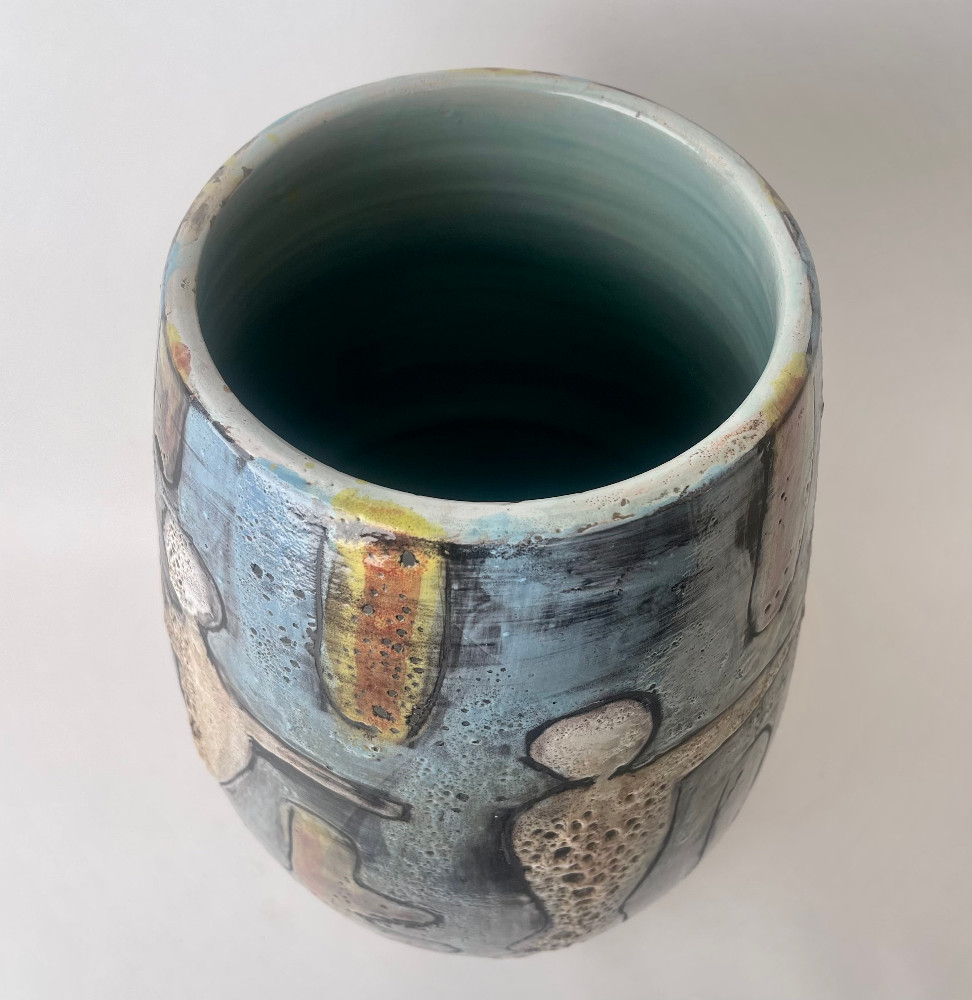 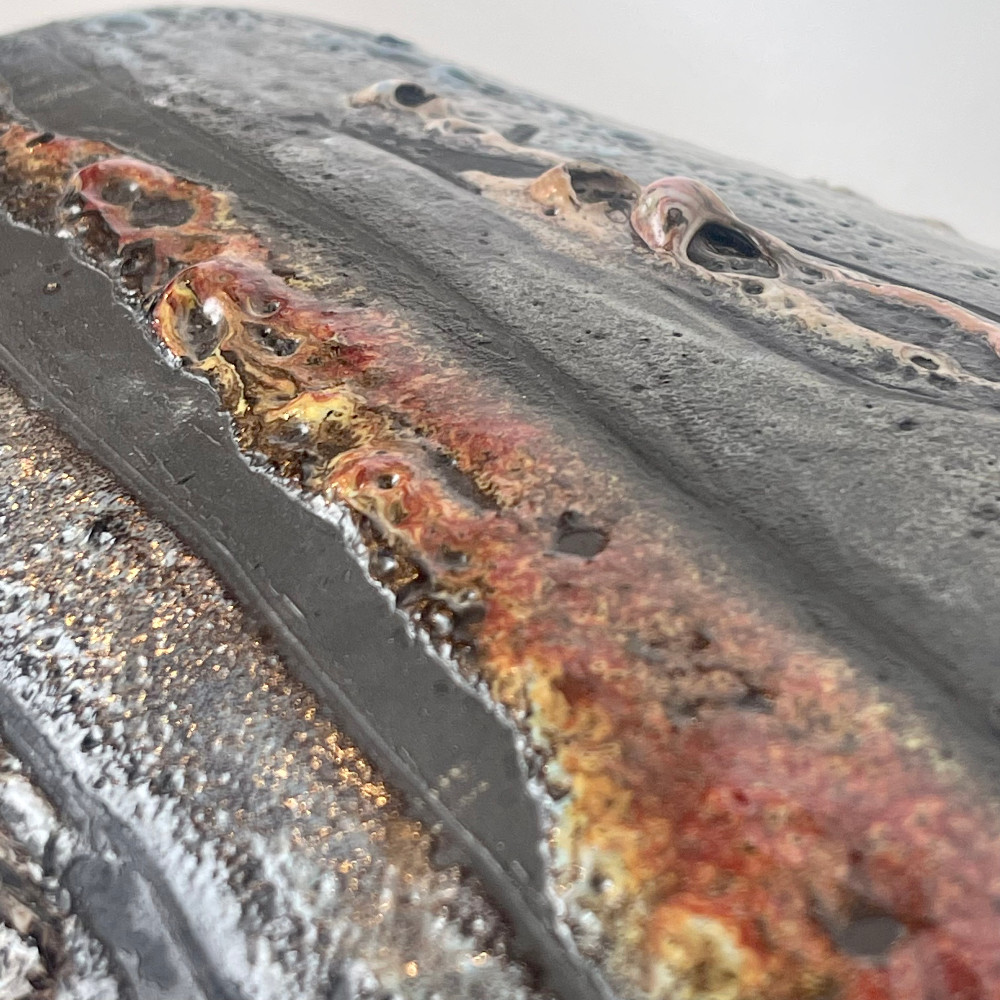 Angelo Bragalini (1913-1994) Sculptor, Goldsmith, Decorator, Painter & Designer.
It can be used as an Umbrella Stand as well. Unsigned Piece.

In the 1950's Bragalini was famous either as an artist that as a designer. He worked for Elizabeth Arden in Paris; La Roche in Switzerland; Cinzano, Martini & Rossi, Ferragamo, Borsalino & Barilla in Italy. He had commissions from Andrea Doria (the transatlantic), Hotel Hiton in Rome, King Faruk of Egypt, etc.
Maybe one of the most famous admirers of Bragalini was Federico Fellini (movie director) who commissioned more than thirty works among sculptures and movie sets for 8 1/2 (1963) & Juliet of the Spirits (1965).